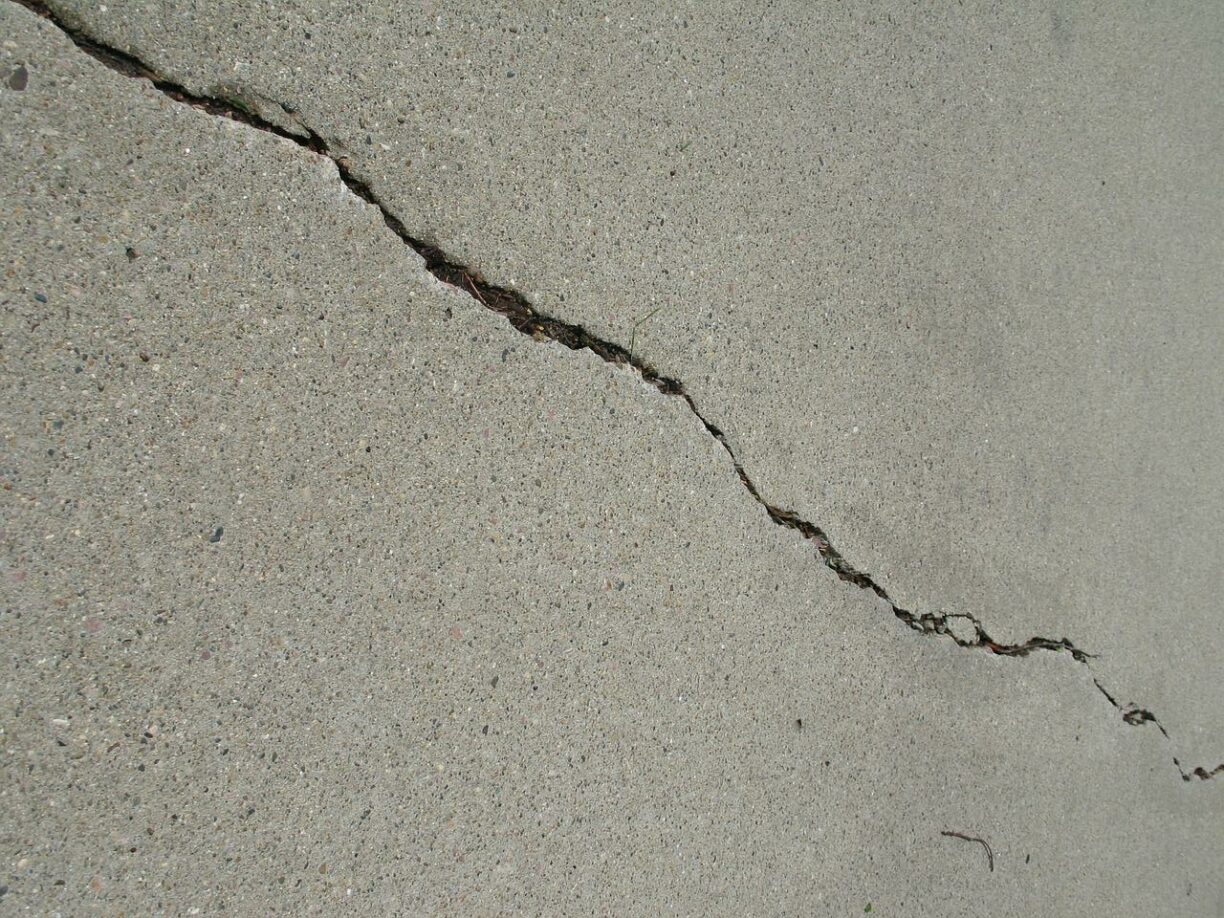 During winters in the Washington DC area, Maryland, Virginia and Delaware you are bound to need ice melt products to keep concrete surfaces from being dangerous and slippery. Ice can be frustrating because it requires chemicals to melt or loosen it for removal, yet most of those chemicals can damage the concrete the ice is covering. That’s why it’s best to talk to an ice melt supplier to be sure you know all your options when providing ice management services. For example, certain products are better for concrete and you can also follow some tips to keep the ice melt products from doing excessive damage to your surfaces.

If you are reading this, it’s likely that you are a snow and ice management professional. You already know that using too much ice melt product is a common mistake for amateurs. That’s usually our first tip on how to save your concrete, but you already know that over-applying ice melt products do more harm than good. So instead, let’s look at different products and how they react with concrete. Keep in mind that sometimes a blend is needed because in general, the products that are safest are more expensive and also not effective in the very lowest temperatures that we can sometimes see in the Mid-Atlantic region.

What is the safest ice melt for concrete?

Calcium Magnesium Acetate (CMA) and Sodium Acetate (NAAC) are often considered the finest concrete-safe ice melt solutions available. When applied to concrete, both CMA and sodium acetate are much less corrosive than a number of other ice salts. It works fast like calcium chloride, without all the risks of chloride-induced corrosion.

It makes sense that many people use CMA when they need something kinder on their concrete since it is utilized as a corrosion inhibitor in several ice melt mixtures. CMA ice melt is popular because it is more environmentally friendly than bulk rock salt as well as much less corrosive to concrete. It effectively melts ice in temperatures as low as about 15 degrees Fahrenheit. It can be blended with rock salt in as low as a 20/80 mix for more effectiveness in colder temperatures. However, we recommend these mixes in areas that are more tolerant to the corrosive effects of rock salt and only pure CMA should be used when there are concerns of concrete spalling.

Sodium Acetate has excellent ice-melting properties yet it contains no corrosive chlorides. Many people feel that NAAC works fast like calcium chloride, without chloride-induced corrosion. It also lasts longer than calcium chlorides and requires less material than common deicers to achieve similar effects. NAAC will actively melt ice down to about 0 degrees Fahrenheit temperatures. In addition, sodium acetate is non-persistent and biodegradable.

Rock Salt is hard on concrete

It is well known that the most frequent deicing agent in the majority of Northern America is rock salt or sodium chloride. This is probably because it’s the lowest cost solution for treating massive amounts of roads and surfaces. Nevertheless, using it can be harmful to the concrete you’re covering. That isn’t because that product is inherently destructive to concrete. Instead, it is related to the product’s actual functioning temperature.

Concrete seems smooth and solid from a distance, but it fact has millions of small pores all over it. You may even see this phenomenon in action during the hotter summer months by pouring water on concrete and watching it evaporate.

When using rock salt as your preferred deicing agent in the winter, those pores, however, constitute a significant issue. There wouldn’t be an issue if the snow and ice on top of the concrete stayed frozen. However, you will need to use some kind of deicer to make your driveway safe since having an ice driveway is quite harmful to you as well as your property.

The issue with rock salt in particular is that it requires a certain temperature to function. Although rock salt is capable of functioning down to -6°F, its effectiveness decreases between 15°F to 20°F. The issue is that when the salt melts both ice and snow it permeates the concrete porosity as previously mentioned and saturates them.

While that procedure doesn’t provide an issue in the summer, freezing of the rock salt or ice melt is caused by substantially lower winter temperatures than those indicated above. The growing ice exerts an inner and upward force that leads it to fracture, flake, and splinter as the temperature starts to rise once again. This process, which is sometimes referred to as “spalling,” seriously jeopardizes the structural integrity of your hardened concrete.

The damage will deteriorate with each freeze-thaw cycle over the winter, and before long, you might find yourself having to make costly repairs. The fact that rock salt is “hygroscopic,” or draws water to itself, further makes matters worse. Concrete that has been flooded with frozen salt may retain up to 10% more water, putting your concrete road under possibly more damaging strain.

But it’s not necessary to start freaking out. The number of freeze cycles in a typical winter may be decreased by using one of the many acceptable, safe-for-concrete ice melt solutions that are readily available. Pellets of calcium chloride are the greatest product on the market.

Need something tough, but not as corrosive as rock salt?

Calcium chloride is the greatest option if you’re thinking about how to stop the harm produced by utilizing rock salt as just a deicing agent, but you need a lower-cost solution than calcium magnesium acetate or sodium acetate. Due to its significantly lower practical operating temperature than rock salt (sodium chloride), this deicer is far less damaging to the structural stability of concrete.

Pellets of calcium chloride can function at a temperature of -25°F. Because of this, not only will you profit from the product’s ability to function at such cold temperatures, but it will stop the majority of freeze-thaw cycles from happening. Few nights will dip below -25°F, which reduces the frequency with which the ice will grow and put a strain on your concrete roads and pathways.

You can be confident that your concrete is being shielded from destructive freeze-thaw cycles since the ice stayed in the brine liquid state for most of the winter season. The same is true for other porous home things like roofs, and pavers, and it provides asphalt roads with superior protection.

Being an “exothermic” substance, calcium chloride is one of the factors that makes it so effective. In other words, when a pellet comes into touch with water, a chemical reaction occurs that produces and releases heat. Such are the heat-generating properties; if a pound of chloride were placed into a gallon of water, the temperature would rise as much as 30°F.

Because of this, calcium chloride pellets continue to function successfully at far lower temperatures than their counterparts. It is the greatest ice melt on concrete since it produces heat and retains ice in a liquid condition.

How much calcium chloride should you use?

Another benefit of calcium chloride over rock salt is that it requires considerably less application. As a result, there is a lot lower chance that you may damage the concrete. The day when you had to regularly scatter rock salt over the concrete driveway with a shovel before you could see any change is long gone.

Instead, your driveway may be deiced in a matter of minutes with only a few pounds of calcium chloride ice melt. You may wonder how this is feasible. Its chemistry makes up a large portion of why it is so powerful in such little amounts. You see, calcium chloride is hygroscopic in addition to being exothermic, like regular rock salt.

Looking to buy any of these products? We can help! Just contact us below.