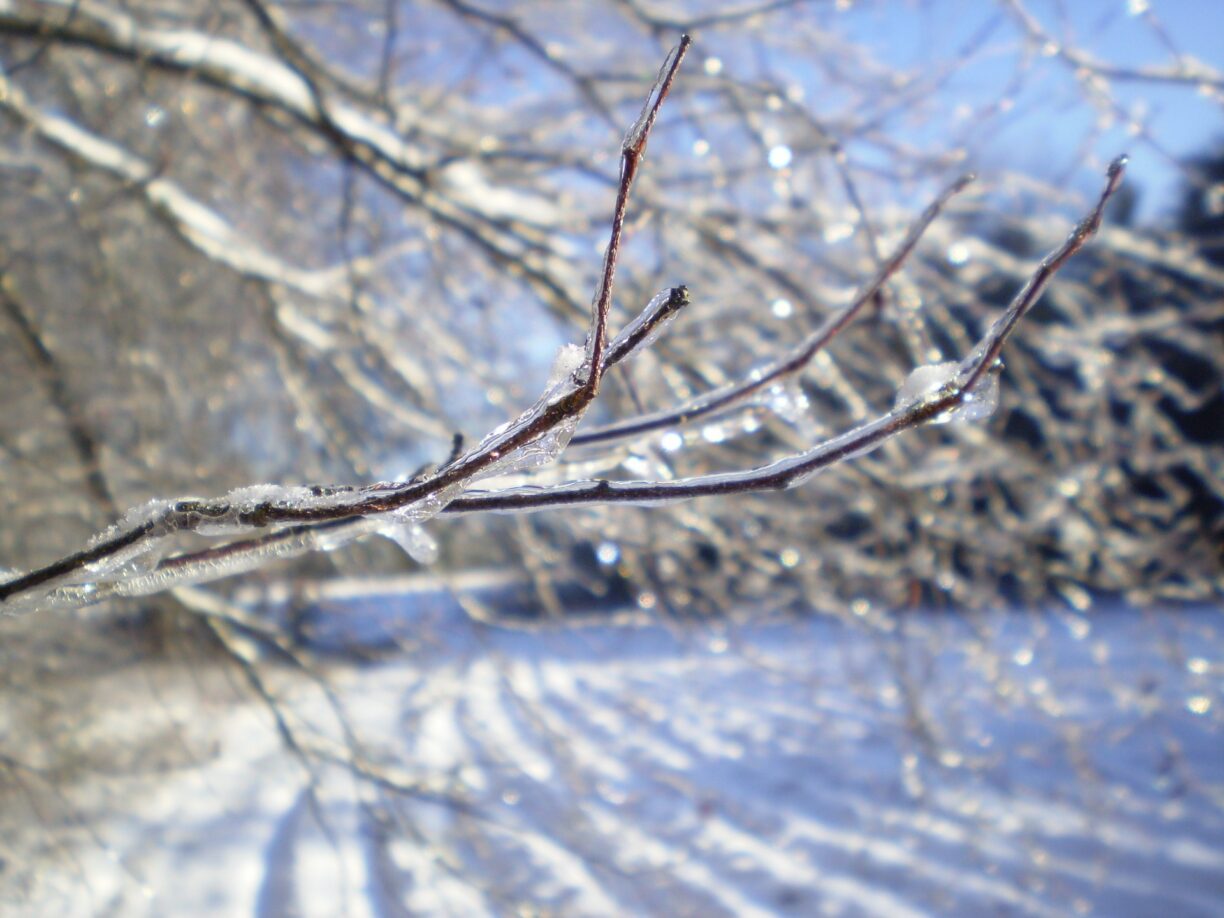 When the winter season comes, you will have to think about ice and snow. It is better if you can understand what winter ice is all about and the factors that result in winter ice. This understanding can help you to deal with winter ice in a better way. Continue to read and we will be sharing all the basics that you need to be aware of winter ice.

5 factors that are responsible for causing winter ice

When you take a look at how winter ice forms, you will figure out that there are five main conditions, which can cause the formation of ice. Let’s take a look at those factors in detail.

Snow is one of the obvious reasons behind the formation of winter ice. Even a small amount of snow is more than enough to form ice. Along with that, sidewalks and roadways can become more dangerous for drivers and pedestrians.

When there is light drizzle or heavy rain, the drops will freeze instantly. As a result, it would result in creating a sleek ice coating on top of the ground surface.

Fog can be considered a sneaky factor behind the formation of ice. It can quickly create a treacherous ice layer. This is a common scenario that happens when the temperature drops under the freezing level.

Sleet refers to the little frozen pellets, which are formed before they hit the ground. But when it is combined with freezing rain, you will end up experiencing black ice. Black ice is the most dangerous of all icy surfaces. Black ice is a thin coating of transparent ice on roads, walkways and hard surfaces. It’s hard to see and it can form quickly, making it extremely dangerous for both pedestrians and drivers.

When there is wind, snow can get blown into roads and walkways causing drifts. Snow drifts can even happen on days when there is full sun when it’s cold enough. As a result, you will end up with unexpected swatches of slipperiness on roads and walkways. Hence, wind can also be considered one of the most important factors behind the formation of ice.

How does winter ice form?

Obviously ice forms when precipitation of some kind freezes in temperatures below 32 degrees Fahrenheit – like from the 5 examples above. What you may not know is how ice is impure and often contaminated even before adding ice melt products. The ice we see in the United States typically consists of ice crystals that have been contaminated with various impurities, such as dissolved salts that have been absorbed into the ice crystal network, debris, earth’s atmosphere dusts, rock or soil particles that have been trapped within the crystals, and tiny air bubbles that were trapped during the cold phases or the snow was turning into ice. In addition, there are other impurities from things like insecticides, fertilizers, oils, gas, and other toxins found on roads and in landscaping.

How does snow change when it hits the ground?

Snow starts to change as soon as it hits the ground, changing the size and shape of the crystals and gradually reducing the quantity and size of both the empty spaces, thereby increasing the density. Skiers are aware of this metamorphosis since they are familiar with the differences between skiing on pristine winter snow and altered, grainy snow in the spring.

Snow is transformed mostly as a result of melting, which occurs when a film of water surrounds a single crystal, dissolving the crystal’s sharp ends and giving it a more circular shape. The irregularities in form and the presence of moisture in the spaces between the crystals cause a steady reduction in the blank rooms between both the snow grains, which is further aided by the weight of the underlying layers of snow’s compacting effect.

Refreezing the melted liquids results in a reduction in the diameter of the pores and an increase in the size of the larger crystals at the cost of the tiny sizes, which vanish. The changes happen quickly when the snow is exposed to repeated cycles of melting & freezing, but they take longer when temperatures are low because sublimation must take place, a process that takes more time.

Because of this, snow that has been around for more than a year changes into old snow, also known as Firn, which is a less dense mass of spherical ice crystals. Firn has a density of more than 0.54 and a porosity lower than 40%. When there are more freezing and thawing cycles, snow turns more quickly into firn, taking around four months in the Andes, a year in the Alps, four years in Southern Alaska, and 20 years in Greenland.

With time, the porosity diminishes the density and particle size increases. When the existing empty spaces no longer speak with one another, Firn turns into glacier ice because it becomes impermeable and the air that is already there is trapped inside bubbles between both the crystals. The air bubbles are further condensed, and the thickness of the ice rises to around 0.91 g/cm3 when the mass of ice starts to flow. Even more slowly, and constantly dependent on temperature, Firn turns into ice.

Living in areas where cold weather and winter conditions are typical might cause people to become complacent about the weather. In Maryland, where we are, it is normal to have very thick skin whenever it comes to winter storms, let’s face it. However, if you own a snow removal business that takes care of your client’s winter cleanup and safety needs, it is crucial to be ready for dangerous situations in any kind of winter storm.

Ice develops quickly and under a variety of circumstances. It is crucial to keep in mind that timely and appropriate action in dangerous situations is essential for safeguarding civilians and averting terrible incidents. Make sure you’re using the appropriate ice-melting materials for the weather and temperature where you are. Ice melting doesn’t have a single, universally applicable remedy.

Now you know how winter ice forms. Make sure that you keep this in mind and take appropriate measures to go for deicing solutions during winter. You will surely enjoy the results that would come on your way with the right deicing product. If you need ice melt products or winter tools, contact our team for a quote!