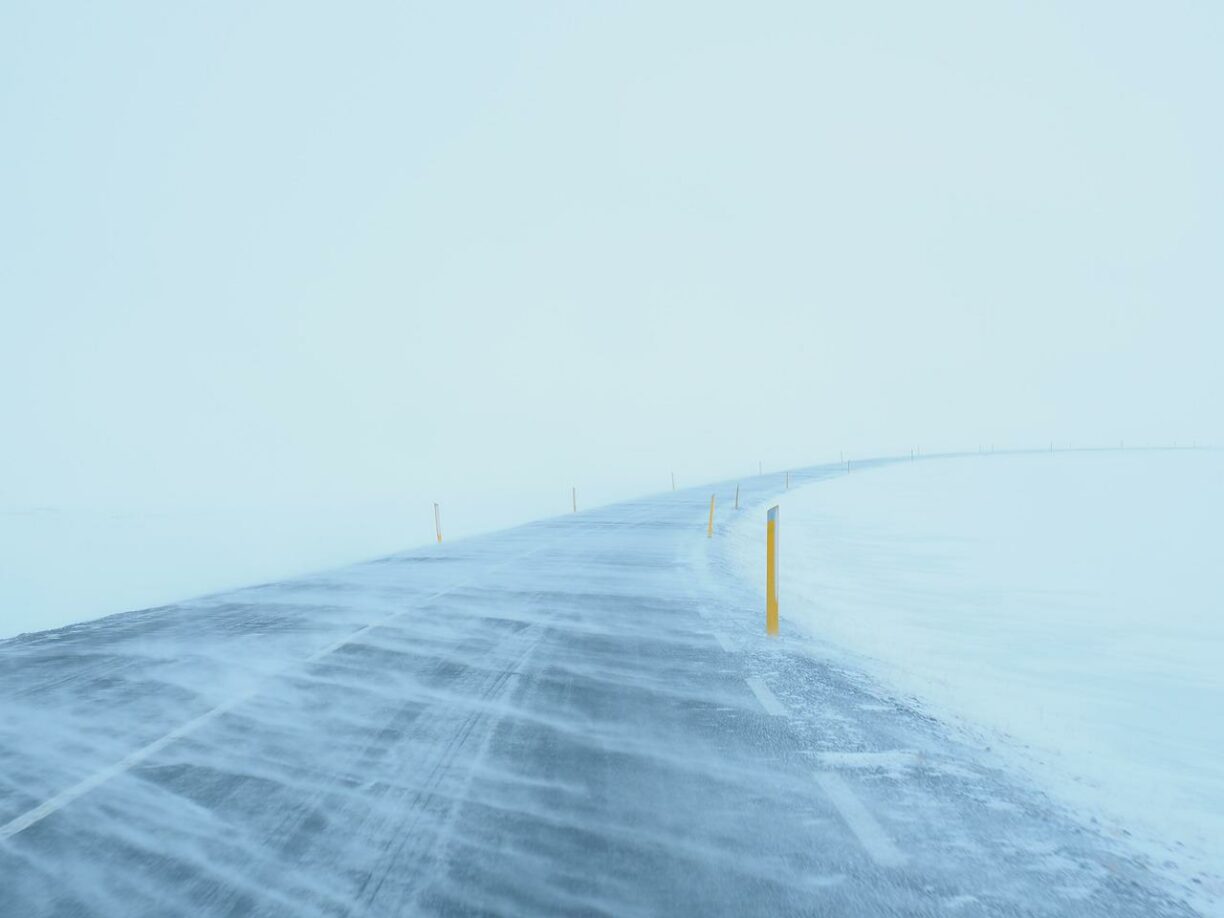 Which ice melt products are best for the very coldest temperatures? Here in the Mid-Atlantic, we supply ice melt products and bulk rock salt to snow contractors across the country, so we are often asked this question. You might wonder: Why not just stock the ice melts that work in the coldest temps so you are covered even if it’s not that cold outside. The answer is a simple one: because it’s not cost effective or good for the environment to ALWAYS use the harshest stuff. So let’s take a look at different ice melt products and when it’s best to use specific products based on the weather…

As you know, ice melting substances allow ice and snow to dissolve and aid in preventing it from refreezing by lowering the freezing point of water. A brine may emerge at the surface level as a result of certain types of ice melts, making it simpler to remove heavy layers of ice or snow. Other ice melts just transform the ice into a slushy soft substance that may be swept or scooped away.

Despite the fact that rock salt is the simplest, cheapest, and most traditional ice melt, several other chemical substances are being used these days depending on the weather and area where it’s being used. For example, rock salt would not be suitable for use near dogs, children, or landscaping in run-off areas. Another consideration is the age of the concrete. Newer concrete is more susceptible to damage from ice melt chemicals than more established concrete. In addition, extremely old concrete with cracks and pitting are also more susceptible to being damaged by harsher ice melt chemicals. Therefore, it’s crucial to understand what ice melt chemicals you’re utilizing and the way it will respond to the surface before applying them.

All deicing substances possess a specific temp in which they begin to lose some of their effectiveness. Effectiveness is often measured by how quickly the ice melt starts to act, which takes around 15-20 minutes. The majority seem to function best between 25° and –25° F, however, each ice melt chemical can have a different temperature range, which we will define later.

Almost all ice melts might have negative side effects. They could be dangerous to ingest, have negative impacts on plants, etc. Overall, it’s widely accepted that they’re still important given the risks associated with slick ice and snow throughout the winter. But certain varieties are riskier than others.

In order to better understand deicing substances, let’s look at the components that really melt the ice. One of these elements will make up the majority of each form of ice melt, or rock salt will be combined with another of the active compounds.

Given that calcium chloride will melt icing and snow at temperatures as low as -25° F, this is among the strongest and most efficient ice melts on the market. Calcium chloride is one of the more costly options, even though it only requires a little amount to be successful. It is offered in pelleted, powdered, or flaked form in addition to liquid ice melters. Some branded examples include PELADOW™, DOWFLAKE™, and COMBOTHERM™.

Although calcium chloride is often included in minor levels in fertilizers, it is a component of ice melts that may result in significant plant yellowing, putting your lawn and border plants in danger. Additionally, it has a mild corrosive effect on certain metals and may produce minor pitting in concrete.

Although sodium chloride is frequently employed as a bulking basis for ice melt mixes because of its relatively cheap cost and extensive availability. However, it is only effective down to 20° F, at which point the ice melting characteristics are substantially slow. It has a crystalline structure and resembles boulders rather than pellets.

Magnesium chloride has the appearance of a fine-flaked white substance and melts at temperatures as low as 5° F. It is somewhat more environmentally friendly for plants and less caustic than sodium chloride or calcium chloride. It will initially begin the melting process as quickly as calcium chloride, but it may get diluted and lose some of its effectiveness. It will eventually start to cause concrete to pit after many years of usage.

Ice may be melted by potassium chloride at 12 °F and urea at 15 °F. Given that both of these compounds are often used in fertilizer mixes, they are both generally regarded as being safe for use near plants. Although road-quality potassium should never consumed, a highly refined version of the substance has been utilized as a salt replacement in meals. If there is too much of this in runoff that gets into your lawn or garden, the soil may have excessive amounts of potassium and need to be balanced.

Airplane runway deicers often employ sodium acetate. It is exothermic, which means that when it dissolves, heat is released, and it is effective down to 0° F. It usually comes in the form of powder and may be applied in much fewer amounts over a larger area.

Caltrans and other state road systems in the United States utilize calcium magnesium acetate or CMA to safeguard aging roadways. It is applied to roads before ice forms and, rather than melting the ice, it prevents ice molecules from adhering to one another. keeping the substance mushy and enhancing traction. Animals find it unpleasant since it has a vinegar-like scent. CMA is often far less likely to deteriorate metals or roads and is usually safe for the environment. CMA is a great option if you’re looking for an ice melt that won’t damage concrete.

Just a brief remark regarding blended ice melts: the great majority of them include mostly rock salt and very little of the second active component(s). So, for example, you may purchase a mix and learn that it contains 5% calcium chloride and 95% rock salt. Even when blends include additional deicing agents, they often function virtually equally to pure rock salt, with the sole advantage perhaps being a very minor reduction in the melt’s operating temperature. The fact that certain mixes are recommended below does not imply that all mixtures are undesirable. But be cautious of what your ice melt contains. Some examples of blended ice melts include Hot Melt, Cool Blue, and Safe ‘n Sure (which also comes in a liquid brine option).

How much ice melt to use

Depending on the area you’re covering, there is a suggested amount for each sort of ice melt. It’s preferable to use the least amount of product as possible and still be effective at all times. Although it doesn’t really work and may result in far more concentrated runoff onto your grass, it’s fairly typical to apply too much in an attempt to encourage the accumulated snow and ice to melt more quickly. Please read and adhere to the application instructions provided by your manufacturer.

If you have questions or interest in any specific products, please contact us below. We are open 24/7 for pickup in the Mid-Atlantic, plus we can deliver nationwide.